A smart city is defined as a city that uses technology to transform infrastructures, fuels sustainable development and improves the quality of life of its citizens.

For the sixth consecutive year, the IESE Business School of Barcelona has published the updated edition of the City in Motion Index (CIMI). The institute has evaluated 174 cities in 80 countries. 79 of these are capitals.

This index measures how smart a city is by providing an objective, wide-ranging and holistic index that covers different key dimensions of a metropolis.

Cities are classified on the basis of a score obtained from 96 indicators related to 9 dimensions. These are:

In 2019 London has achieved the top ranking. After three consecutive years in which New York ranked first, the British capital has now relegated the Big Apple to second place, followed by Amsterdam in third. In the table below you can find the top 10 cities. 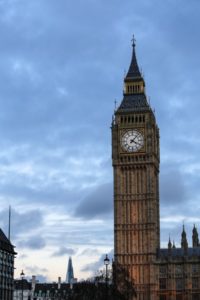 London ranks first thanks to a brilliant performance in most of the dimensions. In particular, the main strength of the city is its human capital. This is thanks to being the home to some of the best universities and business schools in the world; to have a population that is highly educated and to offering a wide choice of cultural attractive thanks to numerous museums, theaters and art galleries. The second strength of London is international outreach. London is, in fact, one of the cities with the highest number of passengers passing through nearby airports. The city has the largest number of air routes, a significant number of hotels and hosts many international conferences. The only low scores for the capital of the United Kingdom were in the dimensions of social cohesion and the environment. 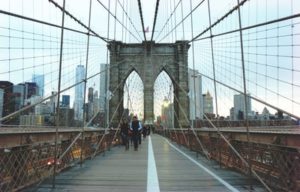 This year the Big Apple is in second place. The strength of the US smart city is the economy. The city has climbed the rankings in this dimension thanks to a high GDP and the presence of numerous listed companies. Its Achilles heel are the indicators of the social dimension. Here the city is positioned at the end of the ranking, in 137th place.

The Dutch capital rises to third place. The city has achieved excellent results in recent years, climbing the CIMI rankings. The best performance was recorded in the dimension of international outreach. Amsterdam is, in fact, an active financial hub, a major trade center, and an important tourist hub.

Cooperation is the key to transformation

Finding the right balance between the different dimensions is very complex. To create a smart city, a collaboration between the various public and private stakeholders is needed. It is in fact from the co-operation of different ecosystems that value is generated for the city and the entire community.

Previous articleHow the Internet of Things can save our Planet

Next article RFID and metal surfaces. Things to know about it